Wow, another Elvis release, this time the Elvis home movie footage on DVD "Elvis by the Presleys".
Meet the King, meet Elvis the redneck, meet the guy who's still taking care of business, even 28 years after his death. For more than 4 hours. And enjoy it - live on your home screen. And for the soundtrack: Skip it, just the same old songs of any compilation.

For readers, I recommend Elvis' biography by Peter Guralnick "Last Train to Memphis: The Rise of Elvis Presley" is a must-read for any rock or Elvis fan. The second volume, "Careless Love: The Unmaking of Elvis Presley (Careless Love)" shows the inevitable downside of the King's fame. 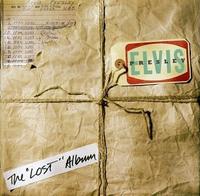 Looking for superb Elvis: You might better stick on "The Lost Album", the "Album That Never Was": it packages all the master tracks from two Nashville sessions in May 1963 and January 1964 into one complete set. (Originally intended as an album, the May '63 tracks instead were used as singles and album "fillers" over the next few years.) Now collected together for the first time on this CD, it turned out to be the one of the best album Elvis ever released. Top pick for all Elvis fans.